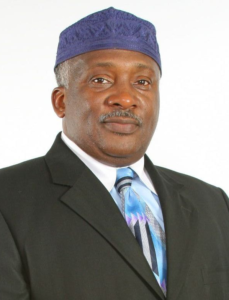 What would the Honorable Elijah Muhammad Do?

We pray for success for your upcoming 10-10-15, 20th Anniversary of the Million Man March in Washington D.C. We pray that this event touches the hearts and minds of men and women who are improving their personal life and the quality of life in our society.

This writing is an appeal to all of us that we strive to be a brother to a brother and to help one another to the best of our ability. We have in common a love for the man, the Hon. Elijah Muhammad and his great works and legacy. We, as students of his son Imam W. Deen Mohammed, are grateful for the many great contributions that the Hon. Elijah Muhammad has made that benefit us.

In light of our deep respect for the Hon. Elijah Muhammad we appeal to you Minister Farrakhan to reconsider the theme “Justice or else…” due to the following: The Hon. Elijah Muhammad never used such language when his temples were unlawfully raided and some of his followers unjustly murdered by police in various cities around America.

African Americans continue to pay a heavy burdensome cost for injustices against us by those outside our race, culture and ethnicity as well as within, but we always have to ask what did the Hon. Elijah Muhammad do when confronted with cases of injustice? How did he handle such negative affairs? Did he ever resort to “justice or else”? Or did he take a different approach?

The Hon. Elijah Muhammad did not call for retaliation. He said, “We stay out of the way and let Allah fight for us.” In a January 14, 1972 interview when a reporter asked the Hon. Elijah Muhammad, “You do not feel that members of the Nation of Islam will have to take up guns? The Hon. Elijah Muhammad answered, “No, they will not have to do that, if they obey Allah, any more than, I would say, Moses and Aaron had to take up arms against Pharaoh. You have been fighting us with guns and what not ever since John Hawkins brought us here, over 400 years ago. We have to find something more effective and the most effective are the forces of nature.”

The theme of your 1995 Million Man March “The Day of Atonement” was beautiful and offered hope, opportunity and reconciliation. What happened? How did we go from the uniting theme promoting “atonement” to the ultimatum “Justice…or else”? With the 400-plus years of mistreatment we received from racist Caucasians did the Hon. Elijah Muhammad ever give them an ultimatum? No Sir, he did not. He trusted Allah to handle the evils that were burdening our lives.

We too register the heavy pain that accompanies every report of an unarmed African American shot by the police. Our souls cringe when we hear of women abused and killed while locked in jails, waiting for their justice that seems to come ever so slowly, if their justice comes at all. No man worth his salt is ever pleased with these sins. But using the Hon. Elijah Muhammad as our model, did he ever call for “Justice, or Else” when he was in similar situations?

Another very serious concern is for our under-aged 10-17 year old young black men who are hearing your words to “stalk them and kill them” in “retaliation” for the killing of unarmed African Americans by police. As your brother we must question the level of responsibility given when you say “stalk them and kill them”. There are many mentally unstable black men who can be easily influenced to kill but they lack discernment in understanding the weightiness of taking a human life. When did the Hon. Elijah Muhammad ever give such orders? Never! We repeat, he said, “We stay out of the way and let Allah fight for us.”

The “jihad” (struggle for justice) we need today is the greater jihad within our own community; the struggle to do justice to ourselves for ourselves. Was not that the call of the Hon. Elijah Muhammad? DO FOR SELF! Maybe that could be a possible theme: “Justice…DO FOR SELF!” As we continue to struggle against the senseless killings of African Americans and poor people let us also give proper attention to the black-on-black crime and soaring murder rate, an evil that numerically far exceeds the number of us killed by police.

Please excuse the length of this writing but the senseless loss of life weighs heavy on our hearts as we know it also weighs on you Brother Minister. If we may we would like to close with a link to a powerful excerpt of a 2013 talk you gave titled: “The Time and What Must Be Done” Lecture Series, Part 6 the last section that is titled “A Solution to ‘The Gun Problem’ in America: Study the Example of the Hon. Elijah Muhammad and his Followers”. Here is the link. http://www.finalcall.com/artman/publish/Minister_Louis_Farrakhan_9/article_9650.shtml

We close with the Islamic greetings of Peace! As-Salaam Alaikum!

Below is a list of signers in support of this letter: